PENSION PURA (A PIECE OF HISTORY)

Pension Pura is located in a building of granite stone dating from the nineteenth century. It is a typical example of nineteenth-century Galician popular architecture; the urban housing should be rebuilt at that time, because Cuntis was burned during the War of Independence (1810). This beautiful building of four floors was built on the ruins of a Roman spa as  there have been found documents that certify the existence of pools on this site and nearby. Specifically in 1831, Manuel Xacobe Fernandez  Mariño  (Medical Director of Cuntis Spas) found next of Pura Hostel several archaeological remains. In addition to protect them, he identified the existence of a Roman pool made of mortar, a piece made of bronze that could belong to a Roman mayor and an inscription.There is also evidence of the discovery of coins of that era that should have been delivered as offerings to the gods that “inhabited” the thermal springs. 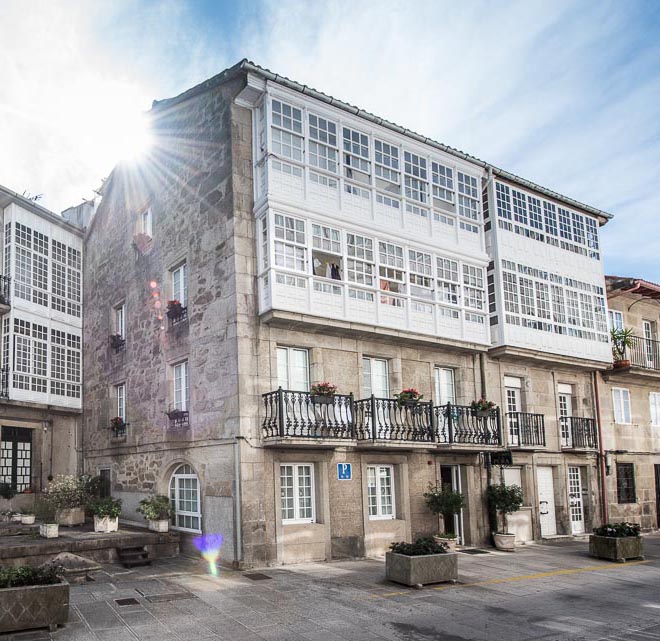